TK Xplor: Why I Had to Be in “The Room Where It Happens” 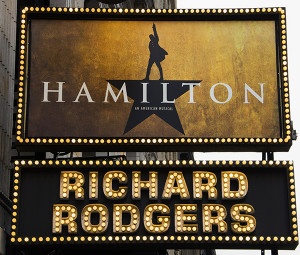 When I first realized going to see Hamilton on Broadway could be the theme of my TKXplor trip I thought it might be a hard sell.  I’m not jetting off to an exotic location--- the reality of 3 school age children, a messy calendar, and a plethora of work and personal obligations means I’m putting that idea on the shelf a few more years.   Explaining to my colleagues that I had to go see a certain show that had only been open a few months seemed a bit of a loose interpretation of our program which promotes the idea of exploring a country, culture or cause.

“Not Throwing Away My Shot”

So I wrote these words in my proposal last fall not even knowing how prophetic they would be: “Emphasis on culture—the trip’s inspiration is the chance to see the biggest show on the planet written by Lin Manuel-Miranda: “Hamilton.”  Sure to sweep the 2016 Tony awards next June, this is the story of one of our lesser known founding fathers as told by America now.  A multi-ethnic cast of performers tells the story of our first treasury secretary, Alexander Hamilton and his nemesis Aaron Burr in an epic production using the language and rhythm of hip-hop, and R&B as the backbone of the score.”   That’s the pitch.   The unwritten part was my life-long love of all things musical theatre and the ability to deeply obsess over shows – which I was already doing at this point for Hamilton. 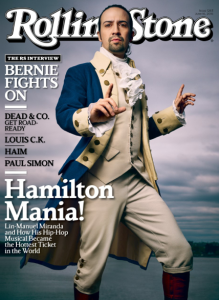 Not mentioned in the list above is the social media phenomenon surrounding the show, led in part by the prolific tweeter and master of engagement with fans, Lin Manuel-Miranda.   The list of hashtags conceived by Lin-Manuel (and others) throughout this rocket ship ride capture the ethos of what the community of fans have lovingly created and embraced.  Sharing is half the fun. From the street performances of #Ham4Ham, to the release of the #HamilTome, the groundbreaking performance at the Grammy’s (#Gram4Ham), the White House visit (#Bam4Ham) or even student matinees (#EduHam)--- Lin-Manuel and the team at Hamilton own a level of social engagement most brands can only dream of obtaining.  He makes it look easy.  It’s authentic. This doesn’t even scratch the surface of the Snapchat takeovers, Facebook live interviews and more executed by the show’s official social media team.  Not to be outdone—I had to create a hashtag for my trip too… #hamilshanks and I may be taking over the Hamilchat Snapchat handle during our trip—stay tuned!

“In the Greatest City in the World”

So what are my travel plans? This is a multi-generational trip with my 12-year-old daughters (who are obsessed beyond all measure), my six-year-old son (who will not be attending the show), my parents and my mother-in-law over the Columbus Day Weekend to New York City.    How it turned in to a group trip is still beyond me. 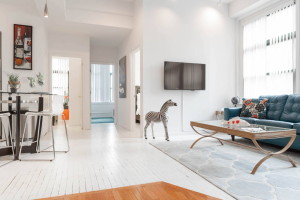 We’ll be staying in the heart of downtown on Water Street in a pristine loft located just a few blocks of many historic sites featured in the show—from Trinity Church where Hamilton and his bride Eliza are buried, to the Fraunces Tavern where revolutionaries met a la “The Story of Tonight.” 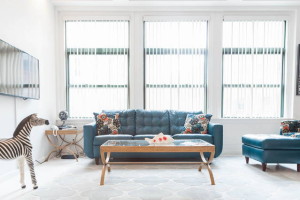 The highlight of the weekend of course will be the show on Saturday at 2pm. This July marks the one-year anniversary of the show on Broadway and last week the unofficial stories regarding Lin’s departure started. This is not at all shocking to me. Some friends ask if I’ll be distraught when he leaves.  Not at all. I never expected him to stay in the role past a year.  He has a wife, a young son, and a million projects in the works from the Disney animated film “Moana” to an upcoming role in the Mary Poppins re-boot, and a film adaptation of his first Tony Award winning musical “In the Heights.” In his words, the show’s “bench runs deep” and the level of talent within the cast, the artistry of Tommy Kahil’s direction, David Kornin’s scenic design, Andy Blankenbuehler’s choreography, Alex Lacamoire’s orchestrations, and all of the talented ensemble, etc. remains—meaning I’ll be one happy theatre dork.

So tune in to the Tony’s this Sunday… if you’re still living under a rock come out and see what the fuss is about, and join in the conversation.