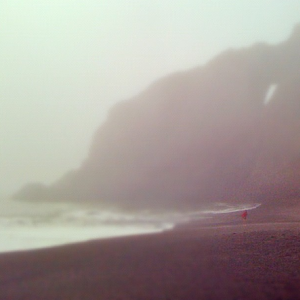 The first time I visited San Francisco, my then-girlfriend/now-wife drove through the city, across the Golden Gate Bridge and out to a small parking lot capping a trailhead. It was the Tennessee Valley trail, a low-impact, nearly two-mile path winding through stands of wildly aromatic fennel, sagebrush and cedar trees. It eventually led to a beach blanketed in burgundy-colored pebbles that seemed to slip right into the waves of the Pacific.

This was several years ago, and at that time I vowed to myself that I would someday move there and make a hike like that—a walk through the wonders of Northern California—one of my daily routines. I wasn’t sure then how I would get there or what I would do for work, but I knew I had found a landscape that resonated deeply with who I was.

I was also enamored by the inherent soul of San Francisco and many parts of the Bay Area that had maintained the same pioneering spirit that defined those locales in the middle of the 19th Century.

Back in November, I fulfilled that vow when my wife and I returned to the Bay Area, bought a place and became permanent residents. And just this week, Trevelino/Keller announced the opening of our San Francisco office as well as my exciting role in leading this West Coast outpost. We will be targeting startups—those modern day pioneers—with our public relations, branding, social media, content development and digital marketing services.

In the last few months I’ve found new trails here that climb the surrounding hills and skirt the rocky edges along the bay. They deliver striking views and a calm that I enjoy long after I’ve returned home.

Some rival the Tennessee Valley trail, but I believe that nostalgia prevents me from ever outranking that crunchy walk north of the big red iconic bridge. I won’t soon forget the challenge it inspired those many years ago.

Tanner is the Content Director at Trevelino/Keller. He joined the agency after spending 15 years as a print, digital and radio journalist, most recently as a travel writer and reporter for NPR. A hiker, foodie and public radio junkie, Tanner also hosts a nationally distributed culture podcast called Authentic South.