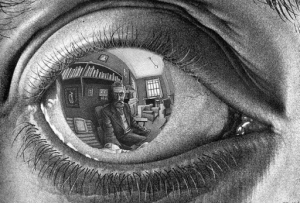 Radical Transparency: Where Does It Belong Today?

I believe unconditionally that the success of any company in the early stages of growth depend heavily on its ability to create a culture and a work ethic that’s harmonious.  That’s easier said than done when Men Are From Mars and Women Are From Venus. Layer in generational shifts like Boomers and Millennials working side by side with Xers, most often with different “pressure points” which is a context I recently learned from a Sherlock Holmes episode.  Of course, you could opt for the homogenous staff, but ultimately they’ll lack creativity, become bored with one another and bail faster than the dysfunctional, but entertaining, closed environment.

Radical transparency, the approach to open up the coffers to anyone and everyone, internally and externally, seems to have worked for companies like Redfin, Zappos and a slew of startups.  In terms of our own firm, Trevelino/Keller, we value greatly the importance of transparency in our strategy, direction and performance.  We listen and react to employee input and concerns with thoughtful shifts in programming.  We are what I would call … “A Transparent Agency.”  Is that enough?  Or should all companies practice radical transparency … staff meetings open to the public via video conferencing, bonus checks released on Facebook, access to our new X-Plor the World program sent over the newswire (hey, we should do that).  I don’t know if Radical Transparency should have a place in Corporate or Small Biz America today.  However, I like the sound of it in terms of industry.  Our client Carvana, A Forbes #5 Ranked Most Promising Company, is showing us the importance of transparency in the automotive sales market.  Come to think of it, I wouldn’t mind knowing why my cable provider is charging me so much or what the state is doing with the tax money I pay on every retail item that charged me X, but then told me it was Y after taxes, service fees, etc.

Hmmm, maybe I need to create a Transparency App that reads people’s transparency levels.  It could measure a company's transparency score. It would let spouses monitor …  transparency.  Some will call it the “intrusive transparency app,” but it will sell. Although, it may be better if I give it away so I don’t have to be transparent about my profits.