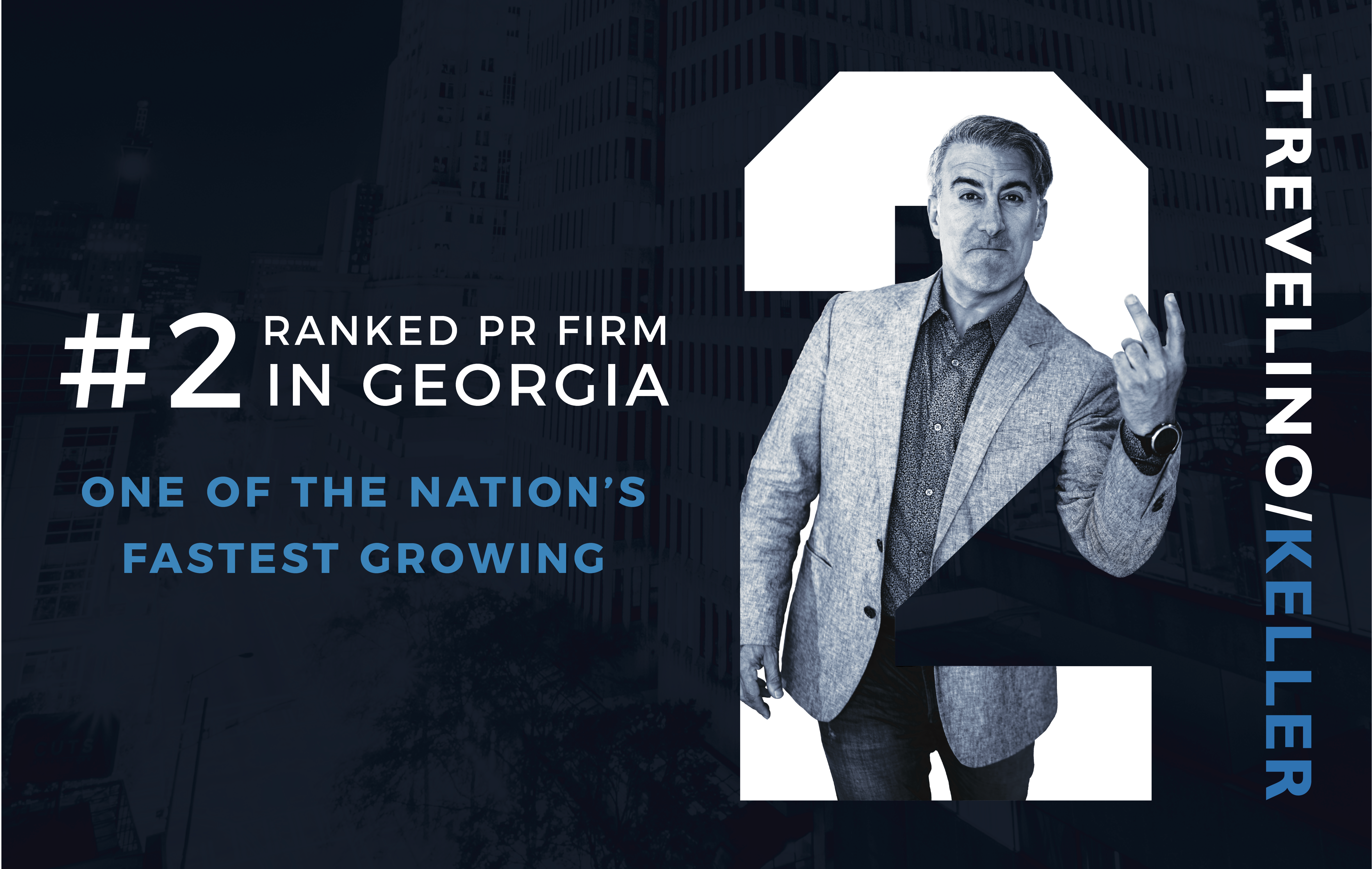 THERE ARE WORSE PLACES TO BE.

We like to compete as much as the next company.  Maybe even a bit more.  And yes, we want to win.  Not at all costs or really, any costs.  We win with sweat equity … resourcefulness, a sense of urgency … team play.  So it may come as a surprise, even sound like a contradiction to be excited about coming in second.  Even more in question … why would we launch a campaign around being #2?

These are the facts.  In a field of hundreds of agencies in Georgia, Trevelino/Keller took second place in overall rankings.  Second place in 9 industry segments or second, on average in 11 industries — Agriculture, Beauty & Fashion, Entertainment,  Environment, Finance, Food & Beverage, Healthcare, Home, Professional Services, Sports and Technology,  That national industry ranking isn’t based on superficial statistics like number of staff or friend and family reviews; it’s based on revenue generated from countless hours worked serving clients.

According to Chengwei Liu, a professor of strategy and behavioral science at Warwick Business School, “those who win … often have inferior skills.“  His research revealed that “the players who finished top were actually about five percentage points less skilled.”  Further, he says, “whether in the workplace, a sports tournament, or other competitions, finishing in second place could make you the real winner in the long run.”

We couldn’t agree more.  One of the things we have seen in business consistently over the years – businesses at the very top find it difficult to sustain energy, enthusiasm and their fight.  We’re not saying that’s applicable to our situation.  However, we are saying our spirit, our conviction, our fight is unwavering.  And while there are worse places to be than #2, we are here to stake that claim and then some.